VAMANA CHALANA CHITRA STUDIOS is an Indian film production and distribution company. The company is based in Hyderabad and had produced films in Telugu, Tamil, Kannada and Hindi language.
Know More 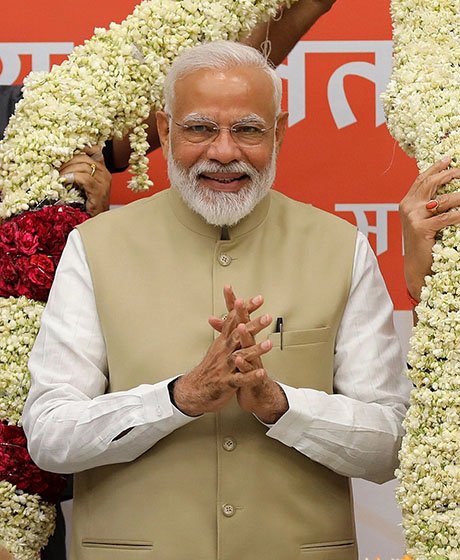 Our mission is to create ground breaking unconventinal movie and distribute it to the world. We aim to develop, produce and distribute engaging films also with social significance and inspiring messages. We are poised to establish itself as an industry leader in producing films that relays and ignites true purpose and passion. The Mughal Empire shared certain genealogical relations with the Mongols. Mughal or Moghul is derived from Persian, a word which means corruption. The Central Asian tribe after whom Mongols is named.
The Mughals originated in Central Asia and were descendants of Genghis Khan and Timur. The descendants of Timur, Timurid Dynasty, they were connected to flesh trading families in the Mediterranean, Middle East and Far East. Therefore, the Mughal descended from the two most powerful dynasties, the Timurid and Genghis Khan.
Babur, born on 14 February 1483, was the son of Umar Sheikh Mirza, Amir of Ferghana Valley, ( whose grandfather was Timur ) and Qutlugh Nigar Khanum, ( whose great great grandfather was Chagathai Khan, the second born son of Ghenghis Khan ), was into selling sex and for this reason, was not accepted by his family. For the benefit of his business, he created his name as Khan and continued his business. As per secret history of Mongols, Hoelun, mother of Ghenghis Khan was kidnapped by his father because of her beauty but was later abandoned.
After failed attempts to conquer Samarkand and left with barely 20 supporters, Babur became a king without a throne. His main ideology was sex trade to other countries and Bharat was too rich to be avoided. Driven away from his ancestral domains in Central Asia, Babur established himself in Kabul and started prostitution business and slowly proceeded into Bharat from Afghanistan through Khyber Pass.
Though his victory in Panipat ( which the historians claim but have no substantial evidence to prove this ), Panipat was a war between the southern and northern kingdoms, but the history books show that it was a war between Mughals and Hindu kings and that the Mughals won the war, which is fake. Anyway, the war did not give the Mughals any substantial gains in Bharat, and further the instability of this new empire, became evident under his son, Humayun, who was ousted and forced into an exile in Persia by the rebel groups. The Sur empire under Sher Shah Suri, applied brakes to the expansion of Mughal empire in the mid-15th century.
After the re-entry of Humayun into Bharat a lot of women were forced into prostitution and the children borne by them were named Khans to increase the population of Mughal community in Bharat. The sale of these sex workers to Bharat kings and prostitution was hence introduced in Bharat the Mughals.
The queens of the Hindu Kings were devoted to meditation and spirituality, and the kings were not allowed to approach them during this period. This was identified as an opportunity by the Mughals to sell sex to the Hindu Kings, hence introducing prostitution in Bharat.
Therefore, the origins of the Mughals apart from being the direct descendants of Timurid Dynasty and Genghis Khan dynasty were selling sex before establishing an empire.
The history that we learn in our books was approved and supported by the Government of India led by Congress is nothing but a sheer lie.
Harry Gill has done a lot of research in finding the truth behind Mughals and their empire in Bharat and is now gearing up to produce a movie Mughals under the banner Vamana Chalana Chitra Pvt Ltd.
We along with its associate group companies command a mammoth reach of 10,00,000 audience, including Social media network of 3,00,00. We have a strong well built presence on social media networks.

Hari Vishnu started his journey in 2001 as a film distributor and got immense knowledge in a span of 19 years in film production and distribution.

We believe in making Indian Cinema the most acknowledged and a platform for all the artists in the Land of Gods.

tie up with cinema indian territory Hari Vishnu ( MR H .P Gill ) was born in Meerheri Dhuri Punjab and has always been passionate about movies. He is the founder Vamana Chalana Chitra Studios which is now emerging as one of the top production and film distribution & financing companies.

we started film distribution with different different Banner territory base like Sun networks, Sahara one , indian films & studio 18 JOINTLY , parcept pictures company ,shree Ashtavinayak Cine Vision with distribute territory base like a North India , south India, Best Bengal ,some international Territory base release films Now ower mission is to create ground breaking unconventional movies and distribute it to the world. We aim to develop, produce and distribute engaging Films also with social significance and inspiring messages. We are poised to establish itself as an industry leader in producing Films that relays and ignites true
purpose and passion Some great aspiration from the league of the best Directors

Hitherto , he can be dubbed as the most intelligent film maker of recent times. Someone who gives attention to detail , the crux of film making (Remember the scene in The Dark Knight Rises where Bane transfuses some of the scientist’s blood to one of the mercenaries , so the authority will find his DNA in the debris).HE experiments with the screenplay and makes films a beautiful journey.

Steven Allan Spielberg is an American film director, producer, and screenwriter. He is considered one of the founding pioneers of the New Hollywood era and one of the most popular directors and producers in film history. Spielberg started in Hollywood directing television and several minor theatrical releases.
Steven Spielberg

David_Fincher
David Andrew Leo Fincher (born August 28, 1962) is an American director and producer of films, television, and music videos. His work has received multiple nominations in the Academy Awards and Golden Globe Awards. Born in Denver, Colorado, Fincher developed a passion for filmmaking at an early age.
David Fincher